You can view and save the 2020 Marine Litter Report here.

The Marine Litter Survey is generously supported by the Department for Agriculture, Environment and Rural Affairs.  The photo below was taken by DAERA staff while out working around Rathlin Island and depicts an entangled grey seal from the 14th December 2019. 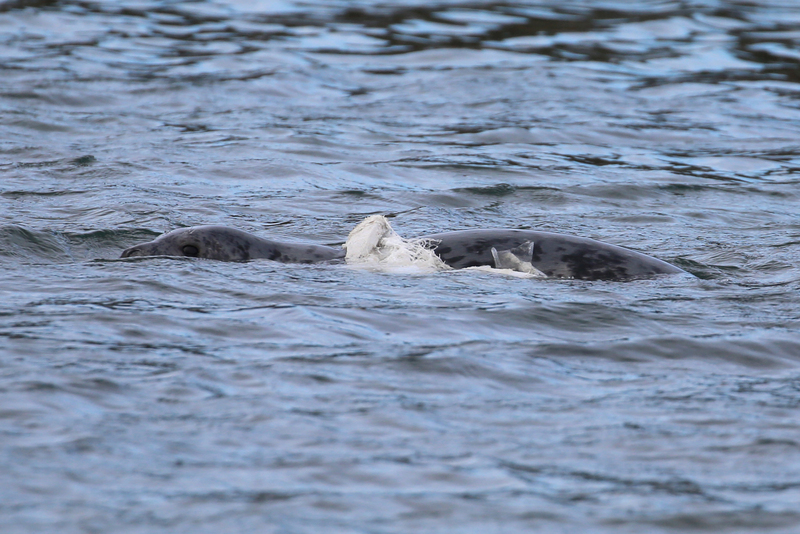 Since 2012 Keep Northern Ireland Beautiful have run a programme collecting information about marine litter washing up on ten beaches around Northern Ireland. With four surveys carried out each year, the data collected contributes to the Northern Ireland Marine Litter Strategy. The aim of this Strategy is to help realise the vision of clean, healthy, safe, productive and biologically diverse oceans and seas. 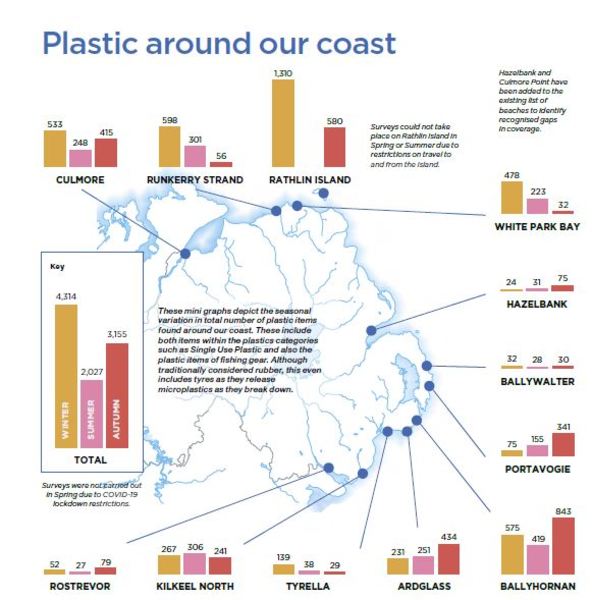 Above you can see a breakdown of the plastics collected from the 2020 survey. You can see how it is variable both seasonally and also by location.

As you can see from the excerpt above, the problem with plastic pollution is only getting worse over time. 8 out of ten of the most found items on beaches in Northern Ireland were made of plastic, which represented 67% of all litter items found.

A huge positive of this programme is the removal of all the litter observed by volunteers. As we are learning from this work, litter can travel quite a distance, and the majority of what we find is plastic bottles, cans and other examples of a 'throw-away consumer' lifestyle so could have come from anywhere. This became a lot more limited in 2020 due to COVID-19 but we are seeing the positive results of volunteers again already in 2021.

Marine litter isn't just a local problem. Plastic bottles and other buoyant litter can be pushed by wind and tides far from where it enters the sea, which in turn could be far from where it was dropped by an inconsiderate person. There are many ways marine litter enters the sea, and there are many ways it impacts the life in the sea, or impacts humans when it gets washed ashore again.

In addition to our Marine Litter Report in 2019 we carried out our first Litter Composition Report (part of our Tackling Plastic NI project, which can find out more about here). The independent litter compositional analysis was commissioned to alert both the public and business community to the seriousness of the situation - no similar study has been conducted in NI to date. The report was funded by the Department of Agriculture, Environment and Rural Affairs (DAERA), that demonstrates that litter remains at concerning levels in NI - damaging our forests, parks, beaches and streets. It estimates 1.3 million items are littered on our streets at any one time, weighing approximately 28 tonnes and costing the public purse £45 million annually in NI.

71% of items contain plastic, made up of cigarette butts, plastic bottles, confectionary and crisp wrappers. The second most common category was metals at 14.5%, which was mostly made up of non-alcoholic drinks packaging at 9.7%. Read the report here.