The average kilometre of beach in Northern Ireland has over 5,000 pieces of litter on it.

Keep Northern Ireland Beautiful has been counting the litter on beaches from Lough Foyle to Carlingford Lough for the past three years, and the 2015 results are the worst yet. On the fourteen reference beaches, an average of 1,500 bits of plastic, 425 plastic drinks bottles and 180 cotton buds per kilometre were observed.

At least 80% of the litter was made of plastic and likely to be recyclable.

Chris Allen, who managed the survey for Keep Northern Ireland Beautiful, said “These are pretty stark figures. This report suggests that more litter is being dumped on our beaches, not less. Setting aside the dangers to wildlife, much of our country’s economic prosperity is based on our natural heritage, and we are just trashing it. We have world-class beaches in this country. They fly Blue Flags for excellent facilities; they set the scene for enormously successful TV shows; tens of thousands of visitors come to enjoy them, but they are frequently covered in a load of plastic bottles, crisp packets and bits of string. Would you come back? Would you bring your friends?” 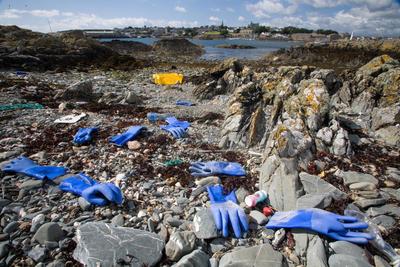 The figures were collected as part of a European requirement to monitor the amount and impact of litter in the sea, where it kills wildlife and damages boats.

Chris went on “Winter storms dumped tonnes of litter onto some beaches overnight, suggesting there is a huge reservoir of litter already in the sea, and we are just adding to it. We must come to terms with the damage we are doing to our own health and prosperity by dropping litter.”

It’s not all bad news though. The charity reports that they had well over 3,000 hours volunteered by people keen to improve their local beach and protect its wildlife, which resulted in almost 15.5 tonnes of litter being removed. The effect the carrier bag levy is also beginning to be seen, with no increase in the number of bags despite the growth in amount of litter overall. 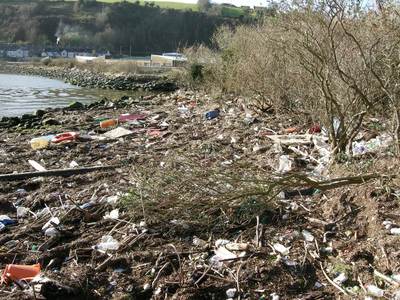 Chris continued “Through volunteering programmes such as Live Here Love Here and Coast Care the people of Northern Ireland have demonstrated their appetite to be involved in and making a positive change to the places they enjoy. We support that, and we as a society should encourage it at every opportunity.”